I have been visiting Carl Schurz Park many times while walking the neighborhood for my project, “MywalkinManhattan.com”. You can see the entries from Days One Hundred and Ten, Six, Four and Two. I also visited again when touring Gracie Mansion for this blog, “VisitingaMuseum” (see write up under Gracie Mansion).

The Gracie Mansion tour should not be missed:

The park is such a nice place to relax in the warmer months. Being so close to the river in the winter months when the wind kicks in from the river can be brutal. In the Spring and Summer, it is one of the nicest parks to just sit and relax in. During the day, it is fun to watch the kids play in the large playground in the middle of the park. On the weekends the place is packed with kids, parents, and nannies all vying for space.

The gardens are beautiful and are very nicely maintained between the City and the Carl Schurz Park Association, who I have seen members weeding, landscaping and planting in the park during the times of my visits. It is relaxing to just sit by the river and watch the river go by and the boats sail by in the warmer months.

The flowers return during each part of the season almost on cue and the park is awash with colors of daffodils, tulips, irises and tiger lilies. There are many flowering plants in the summer that add to the rainbow of colors that accent all the trees. It is a nice place to sit and read a book while watching people walk their dogs.

At twilight, it is fun to watch the lights go on in Queens across the river and the whole city come to life again in the evening. In the warm summer months, the kids are playing in the park, residents have their dogs running around the Dog Run and you can hear the activity at Gracie Mansion. Trust me, security is tight in that section of the park.

This is a nice residential park to relax in when you visiting the Upper East Side.

The History of Carl Schurz Park:

Carl Schurz Park, named by the Board of Alderman in 1910 for the soldier, statesman and journalist Carl Schurz (1829-1906), overlooks the turbulent waters of Hell Gate. The first known Dutch owner of the land was Sybout Claessen, who was granted the property in 1646 by the Dutch West India Company. Jacob Walton, a subsequent owner, built the first house on the site in 1770. During the Revolutionary War, the Continental Army built a fort surrounding the Walton residence to guard the strategic shipping passage of Hell Gate. After the British attack on September 8th, 1776, the house was destroyed and the Americans were forced to retreat from the fort, which the British retained until the end of the war in 1783.

The land was purchased from Walton’s heirs in 1798 by Archibald Gracie, a Scottish shipping magnate. He built a mansion there in 1799, where his illustrious guests included future United States President, John Quincy Adams and future French King Louis Phillippe. The estate, sold by Gracie in 1819 was acquired by the City from the Wheaton family in 1891. The first home of the Museum of the City of New York from 1924-32, the mansion served as the official residence of New York’s mayor’s since Fiorello LaGuardia moved there in 1942. 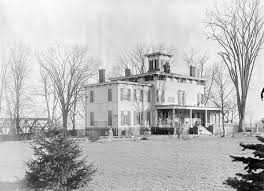 Gracie Mansion during the Wheaton Years

The southern portion of the park was set aside by the City as East River Park in 1876. The former Gracie estate was added in 1891 and a new landscape design by Calvert Vaux and Samuel Parsons was completed in 1902. Maud Sargent re-landscaped the park in 1939 when the East River Drive underpass was under construction. Charles Haffen’s sculpture of Peter Pan, created in 1928 for a fountain in the lobby of the old Paramount Theater was installed in the park in 1975.

Carl Schurz Park in the Summer

The park name honors Schurz, a native of Cologne, Germany. It was strongly supported by the large German community of adjacent Yorkville. After emigrating to the United States in 1852, Schurz quickly made his reputation as a skilled orator and proved to be instrumental to Abraham Lincoln’s 1860 election campaign. His most significant political offices were that of United States Senator from Missouri (1869-1875) and Secretary of the Interior (1877-81) during the Hayes administration. In later years, Schurz was editor of the New York Tribune and an editorial writer for Harper’s Weekly. Schurz is also honored by Karl Bitter’s statue of 1913, located in Morningside Drive and 116th Street. 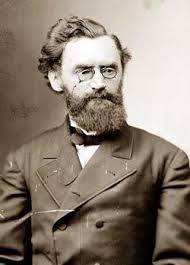 Recent improvements include rebuilding of the stairs, the complete restoration of the playground and the opening of Carl’s Dog Run. These and other projects, including the planting of flowers, have been accomplished through a partnership between the Parks and the Carl Schurz Park Association, which has demonstrated the community’s commitment to restoring, maintaining and preserving this park since it formed in 1974.

My write up on VisitingaMuseum.com: