Admission: Free but donations are appreciated

When touring around Old Town Philadelphia, I came across the Fireman’s Hall Museum dedicated to the Philadelphia Fire Department and its history and place in the City of Philadelphia.

You can see the development of the fire service from the early bucket brigades where neighbors helped neighbors by keeping buckets of water in front of their houses in case of a fire. You can see the actual buckets that were used as well as the early fire markers that were attached to homes to recognize who was covered by fire insurance and where the fire fighters would go when a fire broke out.

Walking through the fire house downstairs, you can see how the fire equipment developed from the early horse drawn pumpers and ladder carts, to the decorative hose beds, to the early steam engines to the turn of the last century beginnings of the motorized cars.

The advancement of the steam equipment in the fire service

The second floor displays old equipment, the development of bunker gear and the helmets and the advancement of fire fighting equipment from the fire ax to the halogen tool. There are all sorts of fire markers from the history of the old fire insurance companies, a recreation of a fire chief’s office and pictures of old fires and how they were fought around the City of Philadelphia.

The museum is also manned by members of the Philadelphia Fire Department and many members visit the museum when they are off duty to explain things and talk about the fire service in the City.

They also have a great gift shop where all sorts of patches from the different fire companies are sold and other sorts of fire department items.

The museum is free to tour but donations are accepted and needed to maintain this wonderful museum that supports the City of Philadelphia’s fire service.

Information on the Firemen’s Hall Museum:

The Firemen’s Hall Museum presents and preserves the history of firefighting in Philadelphia, paying tribute to its firefighters, both paid and volunteer through the museum’s exhibits, public programs and award ceremonies:

*Take the opportunity to ‘steer’ a fireboat.

*Reflect upon our memorial exhibits.

*Hear discussion on the former segregation of the Philadelphia Fire Department and its history.

The museum occupies a restored fire house built in 1902 and contains one of the premier collections of fire apparatus, firefighting tools, uniforms, photographs, prints and fire masks. The museum interprets the history of firefighting in Philadelphia through its collections. Explore 18th century hand drawn engines, 19th century horse drawn steamers and motorized apparatus of the 20th century.

The decorative hose beds that were used for parades 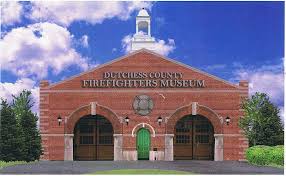 The Firefighting Museum of Dutchess County (Dutchess County Firefighting Museum) right now is a work in progress for the organization. It is a traveling museum until a new home is built for it so all the objects in the collection are in storage. They come out when members of the museum’s organization can mount the show of their objects. I met up with them at the Dutchess County Fair in 2019. The picture above is what the organization has proposed as their new building. At this writing, the Dutchess County Fairgrounds Management has proposed to build them a new building on the Fair Grounds with the stipulation that it remain open when the fair grounds are being used and closed when they are not being used. 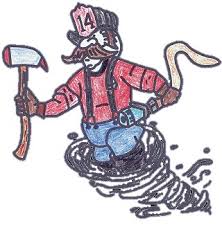 Right now the organization is operating in a traveling tent on the Fair Grounds and has an interesting combination of equipment, medals, horns and firefighting objects from the 1800 and 1900’s. It really is an interesting way to see how fire fighting from the past relates to today and how much really has not changed. There were three different pieces of equipment on display: an old Ladder Truck from the 1890’s, a pumper from 1902 and an old hose bed that must have been around 1896.

There were old fire horns used long before traditional fire whistles and modern pagers, firefighting ribbons and awards, old buckets and hoses for moving water and lots of pictures of old fires. The members were explaining to me that they take the objects out at all sorts of town and county functions to promote the museum. It will be in a traveling tent until a new home is built for the museum. Until then, look to their Facebook page for more details. 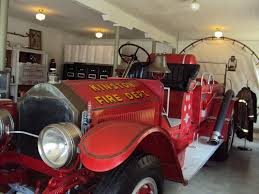 Fire equipment from the fair grounds

The Dutchess County Agricultural Society Inc. (DCAS) and the Century Museum Village & Collectors Association will be growing The Antique Village, located on the Dutchess County Fairgrounds which will include a reproduction of a late 19th Century Firehouse and museum of Firefighting memorabilia.

The Firehouse Project Research and artifact collection is underway and the Fairgrounds is committed to adding to Dutchess County’s Fire Service history.

The project’s estimated cost is $275,000. Every dollar donated to the Firehouse fund helps make the dream of a projected Grand Opening for the 175th anniversary of the Dutchess County Fair in 2020.

Special Firefighting “Coins” have been minted commemorating different fire stations, historic Dutchess County firefighting events and the dream of the Antique Fire Station and Museum. You can be a part of this exciting project by purchasing coins or making a tax-deductible donation.

Disclaimer: This information is taken directly from the Antique Firehouse & Firefighting Museum of the Dutchess County Fair Grounds and I give them full credit for it. The above picture is of the original proposed design for the museum and will be changed once the new building is built. 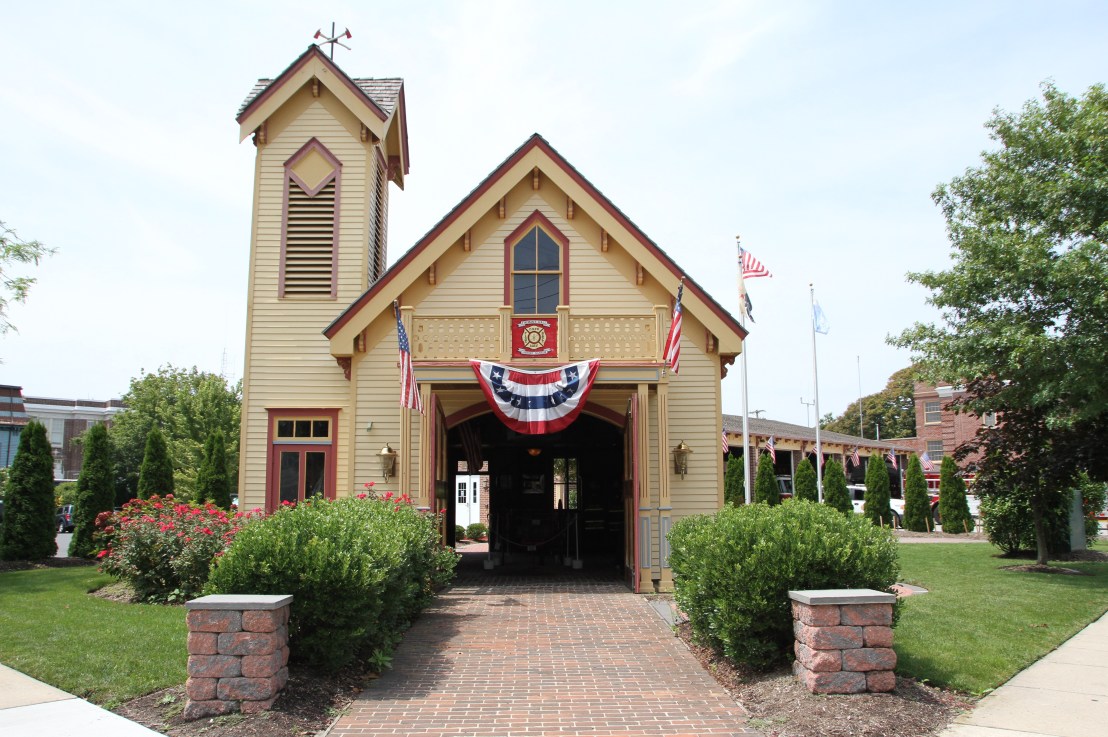 643 Washington Street at the corner of Franklin Street

The museum showcases the history Cape May Fire Department since its creation in the late 1880’s. There have been some serious fires over the years that have destroyed sections of the Cape May resort community. Some of the resorts oldest and grandest hotels that were made of wood have been leveled by spectacular fires. The department has framed the articles around the building. 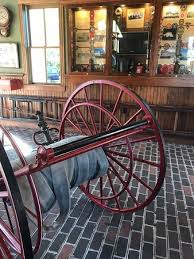 The inside of the Cape May Museum

There is also large collection of patches from fire departments all over the country, displays of equipment from all eras of fire fighting and some displays that are dedicated to retired firemen from the department with their equipment.

Some fascinating old fire equipment is on display as well. All of this is marked accordingly along the walls. In the middle of the museum there is an antique pumper to admire that has been fully restored. All the pieces of equipment are dated and described so that you can see the transition in fire fighting over the years. 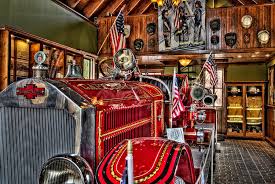 The museum is open and free to the public. Please come and enjoy the history of the City of Cape May Fire Department. Shirts can be purchased inside the Station. The career personnel on staff will be happy to assist you. The antique Fire Engine is a 1928 American La France and is house inside our museum. 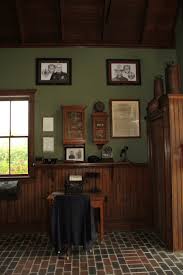 The Chief’s Desk at the Cape May Fire Museum 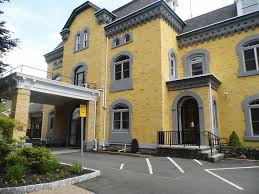 Filling the cases is antique fire equipment, badges from officers in many departments, figurines of fire equipment and ribbons from conventions of the past. There are old fire buckets from the beginnings of the fire service, horns to sound the alarms from the turn of the last century and helmets that retired chiefs from many departments donated with much honor. 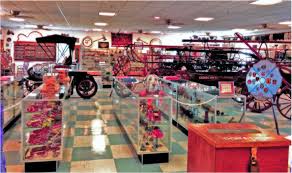 Many companies donated their department pictures from fires of their past that were fought with much bravery. People forget that this job is very dangerous and we have to watch ourselves in every step.

The fire trucks are from every era from the carts that were dragged by hand to horse drawn engines to the original steam engines that were introduced with the advent of technology. All of the equipment has been carefully restored and shined to almost new. Much care has been taken to show the transition of the fire service over the years. 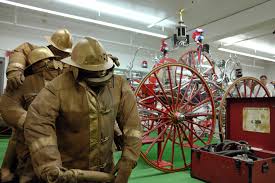 The tours are on your own and the admission is free. You don’t have to be a fire fighter or visiting a resident here to visit the museum. If you are a serious fire buff or have children that are really into fire fighting or being a fireman, this museum will give you all sorts of perspectives on the fire service and its development not just in New Jersey but all over the county as well.

Don’t miss the memorial to the victims of 9/11 off to the side. It is very touching and shows the support of the fire service to the members of the FDNY and their families.

It is a nice afternoon out.

This is a text widget, which allows you to add text or HTML to your sidebar. You can use them to display text, links, images, HTML, or a combination of these. Edit them in the Widget section of the Customizer.
Visiting a Museum: The Unique, Unusual, Obscure and Historical
Start a Blog at WordPress.com.
Loading Comments...
%d bloggers like this: