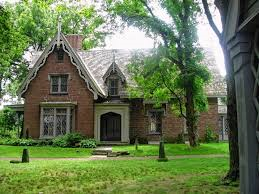 Survey of the Early Stone Houses of Bergen County:

One of the most important early American building types is that of the pre-1840 stone house built in areas with Dutch Cultural affiliation. Bergen County is unique in the abundance, variety and architectural quality of these early stone houses, although adjacent areas of New Jersey and New York have some of the type.

Materials and methods remained constant but the house which were built from the time of Dutch colonization in the 17th century vary in size, plan and stylistic detail. Bergen County’s surviving early stone houses many located along major thoroughfares, provide county residents with tangible links to the formation years of the County, State and Nation.

The Survey of Early Stone Houses of Bergen County conducted in 1978-79 identified and recorded 230 of these early houses. Of these, 208 retained sufficient architectural integrity to be placed as a thematic group on the New Jersey Register of Historic Places in 1983, 1984 and 1985. A clear recognition of the houses importance is given by inclusion on these Registers, which are the State’s and Nation’s official lists of cultural resources worthy of preservation.

For inclusion in the Stone House Survey a building has to have at least two first story walls of pre-1840 stonework. The stone used in constructing the houses varies according to what as locally available. Many of the houses have reddish-brown sandstone walls but in the north-western section of the county rougher local fieldstone was utilized. Some houses have exterior walls of various types of stone and in some brick or frame exterior walls appear with stone ones. Frequently front facades display finer masonry work than do sides and rear. Usually the houses are 1 1/2 stories in height and have gable or gambrel roofs, sometimes with sweeping overhangs. Often there are side wings. 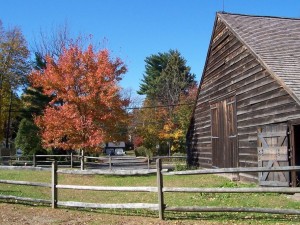 Examples of the house-type are commonly called “Dutch Colonial.” This name most frequently applied to gambrel-roofed houses is a misnomer. Most of the houses were erected in the early 19th century, long after New Jersey passed from Dutch control in 1664. They date to a time when Anglo-American culture was being assimilated into Bergen’s Dutch cultural base. The typical stone house of the Colonial Period in Bergen County is a simple gable-roofed building.

Because they have been continuous use since they were constructed, many early stone houses have been modified and embellished. Often these changes in themselves have architectural distinction and are important to Bergen’s 19th and 20th century architectural history. Even when altered, the basic form and fabric of the original stone dwellings are usually recognizable and the houses are part of the county’s earliest architectural heritage. 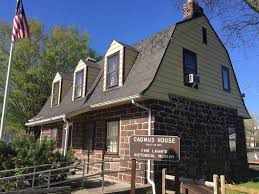 The report for the Survey of the Early Stone Houses, with background text and inventory forms for houses, may be consulted at the Division of Cultural and Historic Affairs between 9:00am and 4:30pm weekdays. 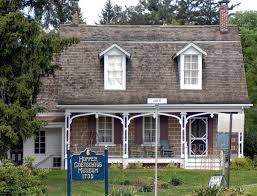 Disclaimer: This information was taken directly from the Bergen County Department of Parks, Division of Cultural and Historic Affairs pamphlet and I give them full credit for this information. Please contact the Department for more information on the subject.

One thought on “Bergen County Survey of the Early Dutch Stone Houses of Bergen County, NJ”