The Bergen County Zoo has been enjoyed by thousands of people over the years and has many fans. Every season, hundreds of families walk through the doors of the zoo to enjoy the afternoon out, visit the animals and ride the train around the park. What started as a duck pond and reserve in Van Saun Park in the 1960’s has morphed over time to the current zoo.

The 1980’s saw a tremendous change in the animal collection. The first birth of an endangered species in our zoo’s history occurred in 1982 with the birth of a Brown Lemur. Numerous species, many endangered were added including Ocelots, Red Brocket Deer, Mountain Lions and Snowy Owls among others. Births of Ocelots, Brocket Deer and Spider Monkeys occurred throughout the second half of the 80’s . 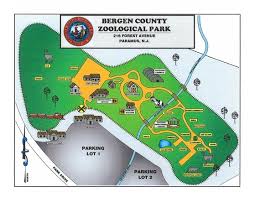 As the zoo moved through the 1990’s,  many changes continued to occur. The zoo’s commitment to wildlife conservation strengthened  and more endangered species were added to the collection including Andean Condors, Golden Lion Tamarins, Goeldi’s Monkeys and Galapagos Tortoises.

The Train that goes around the zoo

Additional areas were renovated, providing exciting opportunities for our visitors to view and learn about many new species. Major projects completed in the 1990’s area as follows:

Efforts to secure alternative funding sources became fruitful in the 1990’s with over $200,000 in federal grants received. In addition, local businesses and corporations increased their support of various zoo activities through cash and in-kind contributions.

Additionally a new entry complex was developed including new ticketing facilities, a new train station, gift shop and entry plaza. New and exciting special events were also developed including Holiday Lights and Zoo Boo, the most heavily attended event in zoo history. Educational programming was significantly re-developed, providing opportunities for our area residents to explore the zoo and learn about wildlife in new and innovative ways.

Another significant milestone for the zoo was the development of a comprehensive master plan. This planning tool was created to identify the future needs of the zoo and its visitors as well as provide an organized and orderly schedule of development.

As the 21st Century began, zoo development continued to advance. Several major projects were undertaken including a new state-of-art Animal Care Center, an Outdoor Demonstration Area for public programming and an Education/Discovery Center. All of these projects enhance the experience of our visitors, while furthering the zoo’s mission of wildlife conservation and public education.

Additionally, the zoo took a major step in support of conservation by establishing an annual field conservation grant program. The program provides financial support to researchers conducting field work in North and South America. Also, the zoo’s original master plan was formally revisited and determined to be no longer effective. As a result, a new plan was developed to assist the zoo in its development strategies over the next 20 years.

In 2007, we moved forward with a Coati exhibition replicating an abandoned adobe. To address the needs of our keepers, we built a holding facility in 2008 for our alligators at their exhibit, therefore eliminating annual roundup of alligators. With the decline in the economy, the zoo has directly been affected. Funds for construction of new exhibits have been put on hold and fixing existing structures is taking priority. A new Neotropical songbird exhibit opened in 2009, adding new birds to our collection. A larger guanaco exhibit was built at the far end of the zoo utilizing empty pasture space in 2010. In 2011, we had some dramatic effects caused by severe weather and significant personal changes, including the resignation of our zoo director of over 30 years, a change in the board of the Friends of the Bergen County Zoo Inc. and a new director of parks. So we start another chapter in our history.

In the last five years, the zoo has had many changes. New Tamarin exhibit was constructed in 2013, two buildings constructed to replace the single outdated structure. Replacement of one of our bridges in the zoo, a wood bridge was replaced with a wider concrete bridge with decorative railings and new light posts. The removal of our seasonal outdoor exhibit support structure in 2015 so we can prepare for an interactive barn which will be open all year round by the end of 2017. In 2015,  one of the best features we added was the new overflow parking lot. This lot will vastly improve our visitors parking experience as it replaces our old overflow parking,  which was a muddy field with many walking hazards.

Also, 2015 was milestone year marking 25 years as an Accredited Institution of the AZA, for a small zoo this is truly an accomplishment. In light of this, in 2016 a new Master Plan was developed with Jones & Jones and new county administration so we have a new direction for future projects. This plan includes the construction of a new prairie dog exhibit and bison & elk viewing area (to open in the spring of 2017). This will provide more opportunities for schools and our education department to conduct classes related to our exhibits of eagles, prairie dogs and the bison & elk.

(This annotated history of the Bergen County Zoo was provided by the staff of the zoo).

The Bergen County Zoo is an accredited member of The Association of Zoos and Aquariums.

Admission: (this can change)

The Zoo is opened seven days a week. Hours of operation are from 10:00am until 4:30pm. The last admission to the zoo is at 4:00pm-those within the zoo can remain until 4:30pm.

Beginning with November 1st, the Bergen County Zoo will be free of admission. The weather during the late fall and winter months does not allow for the majority of the animal collection to be view able to the public (see the above Animal Collection link for further details). Admission to the zoo will resume in May of 2017-forms of payment are cash and credit only. The admission fee schedule is listed below. Please note that in order to receive BC Resident rates, proof of residency is required at the admission ticket window.

In July and August, live animal shows are held daily in our outdoor amphitheater, which is located behind the Tamarin Exhibit. Shows are free with zoo admission and seating is first-come, first-served. Daily shows with time frames can be seen as you enter the zoo.

The train and carousel operate from mid-April to mid-November (approximately). Hours are typically from 10:00am-5:00pm unless otherwise specified (weather permitted) with the last ticket being sold at 4:30pm and the last ride at 4:45pm.

Schedule for the train and the carousel, for the week of June 11th-June 17th are as follows:

The Pony Ride concession operates from April through October. Currently, the vendor is Ironside Farms, they can be reached at (201) 835-0932.

Disclaimer: this information was directly from the Bergen County Parks Site and can change at any time. Please call the zoo for more information.